Raw milk has touched a raw nerve in several countries. Issues regarding health benefits versus health risks battle with consumers and farmers’ desire for personal choice. What are the facts and opinions?

What is Raw Milk?

Raw milk has not been pasteurized; it has not been treated to eradicate microbes. Raw milk may be processed by straining to remove any solid particles.

Raw milk might or might not be “organic,” which requires special care and feeding of the cows. In Iowa, for example, a specific OFPA certification is necessary for farmers selling more than $5,000 of organic products in one year or selling to organizations rather than directly to consumers.

Some organic milk is pasteurized, mainly if it is sold through distributors.

Pasteurization treats milk or any other food to reduce the bacterial count to delay spoilage.

Usually, milk is pasteurized in one of two ways. The longer process takes 30 minutes at about 140F (degrees Fahrenheit); the shorter takes 15 seconds at 165F. A given jurisdiction may regulate the precise temperature or timing.

“Ultra-pasteurized” milk takes only 2 seconds at 280F. Therefore, ultra-pasteurized dairy should have a longer shelf life, up to 30 days, if unopened and stored at 34-38F.

What is Sterilized Cow Milk?

Sterilized cow milk with no living bacteria should be sealed to avoid water contamination. Pasteurized milk still has a few microbes and is stored in non-sterile waxed cardboard cartons or plastic jugs,

Pasteurizing milk kills most bacteria, making it safer with a longer shelf life.

Most of the bacteria found in milk are harmless or beneficial, but infectious microbes may be present due to an infection in the cow or introduced by later contamination.

Diseases caused by milk pathogens include diphtheria, dysentery, food poisoning, gastroenteritis, and tuberculosis. Warm milk is an excellent growth medium for many of these germs.

Before it became standard to pasteurize cows’ milk, many people caught these diseases; and the most vulnerable were children and infants.

The risks of contaminated milk increased as milk production and distribution concentrated on farms and dairies. In subsistence farming, a one-cow family would consume each day’s milk. As a result, it leaves little time for germs to multiply. In industrialized societies, milk must move from the barn through distribution channels to a supermarket and sit on a refrigerator shelf for several days.

Of course, pasteurized milk was first available before the general availability of modern refrigeration.

University of Wisconsin-Madison researcher M. Bell reported interviews with a dozen consumers and a dozen raw milk producers, and other interested parties. One incentive for dairy farmers is that selling raw milk directly to consumers is more profitable than selling in bulk to a dairy.

Consumers cited health reasons, the sense of connection with their food producer, and the right of a consumer to make one’s own informed choice.

This Author’s Analysis of the Issues Involving Raw Milk

It will avoid discussing the flavor of raw milk versus pasteurized milk, which is a matter of individual taste.

The Emotional Value of Connecting with Food Producers

This connection is similar for those who shop in urban farmers’ markets or patronize the local greengrocer over the mega-mall supermarket.

While it is educational and perhaps emotionally fulfilling to make a personal connection with one’s food producers, a similar experience may be obtained by visiting a local dairy farmer and having a tour of the dairy that pasteurizes the milk.

Farmers have legitimate sanitation concerns about visitors, however. Dairy barns must be clean, and dairy farmers will not appreciate people who may carry bacteria from other sites.

History shows that poorly handled, contaminated raw milk presents a severe health hazard. Modern advocates for raw milk rightly say that cleanliness and handling standards have improved. There may be systemic limits to these improvements, however.

Assume a farmer milks one cow for personal use. That farmer will monitor the cow’s health, cleanly handle the milk, and refrigerate the raw milk promptly. Presumably, the milk will not languish for days before being used.

Likewise, if raw milk becomes a commodity at a grocery store, it will be packaged and distributed through something like a modern dairy company. One tanker will carry milk from several farms to one packaging plant, each with many cows. It may be shared throughout the whole distribution network if anyone cow is diseased.

The more handling and distribution is required, the more chances would exist for the milk to warm up and allow harmful bacteria to multiply.

As noted in “What is Probiotic, What is Prebiotic, and Why People Should Care,” some health benefits may accrue from eating probiotic bacteria. Probiotics may indeed be found in raw milk in much greater numbers than in pasteurized milk.

Some argue that raw cows’ milk is more digestible than pasteurized. Others claim that, if anything, pasteurization makes milk more easily digested.

Some people with milk allergies claim that they tolerate raw milk. This author would welcome readers’ comments pointing to research published on this subject.

As the Cornell article notes, milk might not be pasteurized for several days. As a result, harmful bacteria can retain a foothold in pasteurized milk or be introduced later and then cause illness in humans. In addition, while spoiled milk has a distinct aroma and texture, some disease pathogens might not be noticeable.

Some people are allergic to milk.

Milk contains vitamin D, calcium, protein, vitamin E, and B vitamins. Both raw and pasteurized milk include some of these nutritional advantages.

The United States, Canada, some European countries, and New Zealand are significant milk producers. Each jurisdiction has its laws and its public debate over raw milk.

However, the consumer rights standpoint is equally compelling. Why interfere with a well-informed consumer purchasing from a responsible producer?

In socialized medicine, as in Canada, taxpayers may argue that people falling ill due to legalized raw milk should pay for their medical care.

It would seem safer if raw milk remained a specialty item rather than be broadly available through the large grocery chains. However, there is a lot of danger in mass distribution and consumption of a product whose essence is not to be treated to minimize the risk of spreading pathogens.

Temperatures cited in this article: 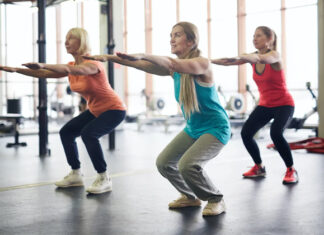 What Science Says About the Exercise Habits that Slow Aging